Last Sunday, we hosted a Super Bowl party for more than 250 people.  We had more than enough food and beverages on hand, the event was engaging and fun, and the clean-up took less than 10 minutes.  How did we do it?  A little blue bird helped us.
Through Twitter, (#superbowl, #SB47, #lightsout, #doritos, #clydesdales, #oreo) we were able to connect with others during the game.  We shared football commentary, joked about the commercials, and shared bits of information unavailable through the television broadcast.

It was through Twitter, that we first started getting explanations of the power outage at the Superdome. Twitter help us identify the members of Destiny's Child that took the half-time stage with Beyonce. (where was the red Corvette?) Twitter helped us cheer a 108 yard kick-off return, and criticize a non-defensive holding call at the end of the game.

Twitter also opened the door to "real-time" marketing by reminding us that we can still "dunk in the dark".

Ode to the #Oreo social media win during the #SuperBowl. A single tweet heard across the US. @stevenshattuck - ow.ly/hpYpF — Social Media Today (@socialmedia2day) February 5, 2013 (retweeted 10,000 times in the first minute) 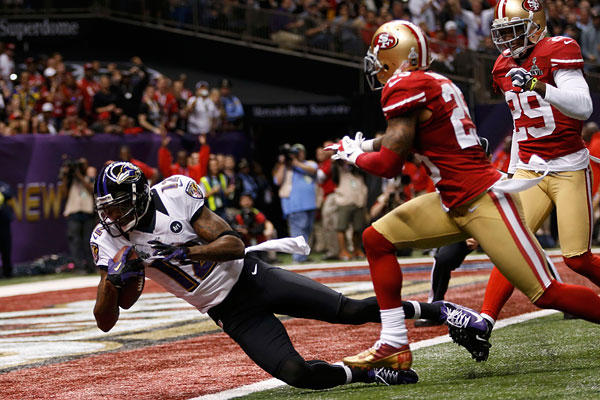 Sure, more than 108 million U.S. viewers saw the Ravens edge the 49ers in an exciting, and somewhat sloppy contest.  And we watched dozens of commercials ranging from hilarious to sentimental to disgusting.  My two favorites, "God Made a Farmer", and "Brotherhood".  But the real winner of the evening might have been Twitter, with more than 24 million tweets during the game, including 5.5 million during the half-time show.  The onset of the power outage saw a spike of 231,500 tweets per minute.  Half of the commercials (at a record cost of $3.8 million / 30 seconds) contained a hashtag.  You can bet that all of next year's commercials will contain hashtags.

Like millions of Americans, we thoroughly enjoyed our Twitter Party with Super Bowl 2013 as the backdrop.  We were engaged, entertained, and became better educated. (Teachers take note)


Here are my suggestions for improving #SB48 and beyond
What was the highlight of your #SB47 experience?  What suggestions do you have for making a monumental event even better?

Teachers - How can social media support and enhance learning for your students?