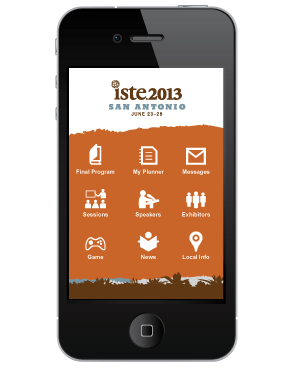 Almost two months later, the ISTE 2013 Conference still resonates in my mind and in social media.  I have seen some terrific "take-aways" in the blogosphere - here's my perspective on the prevailing themes from our time in San Antonio. First, the statistical breakdown of the conference from ISTE.


Here are a few other "take-aways" and related "tweets" that I think are important enough to share. Including, The one question that I am asking at #ISTE13. - Scott McLeod

"With 20% time, we can solve one society’s biggest problems by giving students a purpose for learning" @ajjuliani http://t.co/CoQJj1eLBP — edutopia (@edutopia) June 26, 2013

If you're not connected as an educator, you won't likely be able to connect your classroom @lparisi #ISTE13 try http://t.co/BXyEJHtzkM — Adina Sullivan (@adinasullivan) June 26, 2013

Overall, ISTE 2013 was a very valuable learning and social experience for me. It was terrific finally meeting folks in person that previously I had only known through my PLN. I was able to gather some valuable information that will help with professional development programs in my district. Thanks to my friends at Schoology, I was also able to share some LMS knowledge, and make some new friends at their booth in the exhibition hall. ISTE 2014 is in Atlanta next summer. I hope to be in attendance learning and sharing with about 15,000 of my like-minded friends.