July 08, 2014
The ISTE Conference is like attending a Super Bowl, the event is larger than life, and you never know who you will meet. Billed as a conference for technology educators, the focus of ISTE-2013 was on the learner, while, to me, the prevailing themes of ISTE-2014 was the connected learner, and personal learning. Atlanta was a welcoming and accommodating host for the 16,000+ enthusiastic educators.

As a proponent of life-wide learning, I make an effort to draw deeper meaning and understanding from everyday activities and adventures. Learning is happening all of the time. It's just a matter of choosing to recognize, process, reflect upon, and share our experiences. I'm not familiar with the literary work of Zadie Smith, but this quote shared recently on Twitter struck a chord with me.

"The very reason that I write is so that I might not sleepwalk through my entire life." - Zadie Smith


And so it goes for me, my life has seemingly turned into a series of Seinfeld episodes. The seemingly mundane and ordinary occurrences become fuel for observations, notations, and written reflections. Many times inquiry takes over and I twist experiences into questions that need answering. Thank goodness I have Google and my PLN as learning partners! I have read several terrific posts describing the ISTE experience and related takeaways. I will try to avoid redundancy by sharing a few original ISTE-2014 observations that merited lucid thought, and written notation that hopefully feeds further discussion and learning. 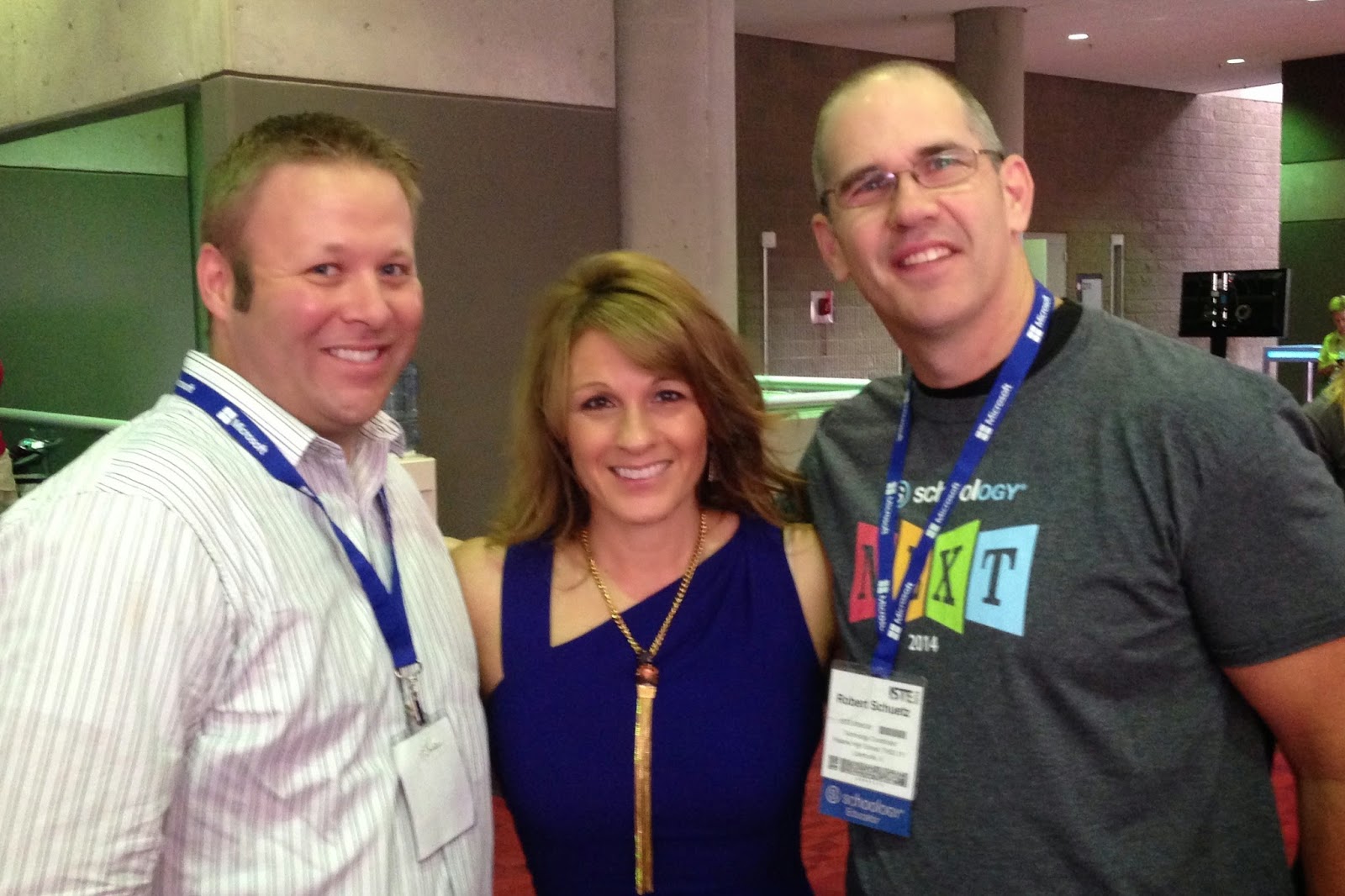 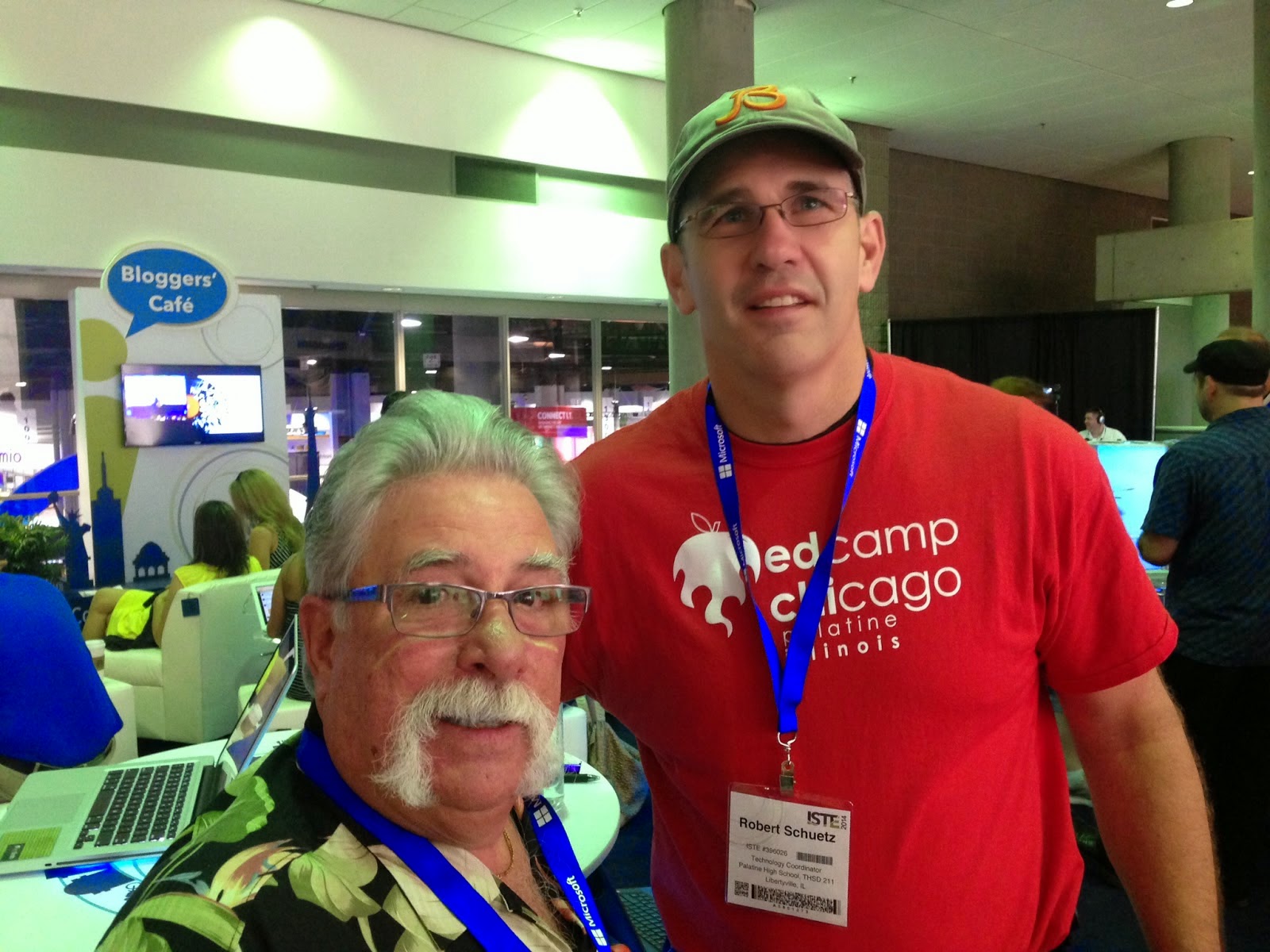 Back at the convention center, I spotted Tom Whitby's Hawaiian shirt and prominent mustache from two escalators away. It was great sitting and chatting with him. We were trying to determine how many ISTE attendees were truly connected educators. We agreed whatever the percentage is, that we hope it grows to 100 percent someday soon. Tom and I have met facc-to-face twice, but we stay connected and engaged s learners through our writing. His blog, My Island View, ranks first in my RSS list. Be on the lookout for Tom's book later this year. 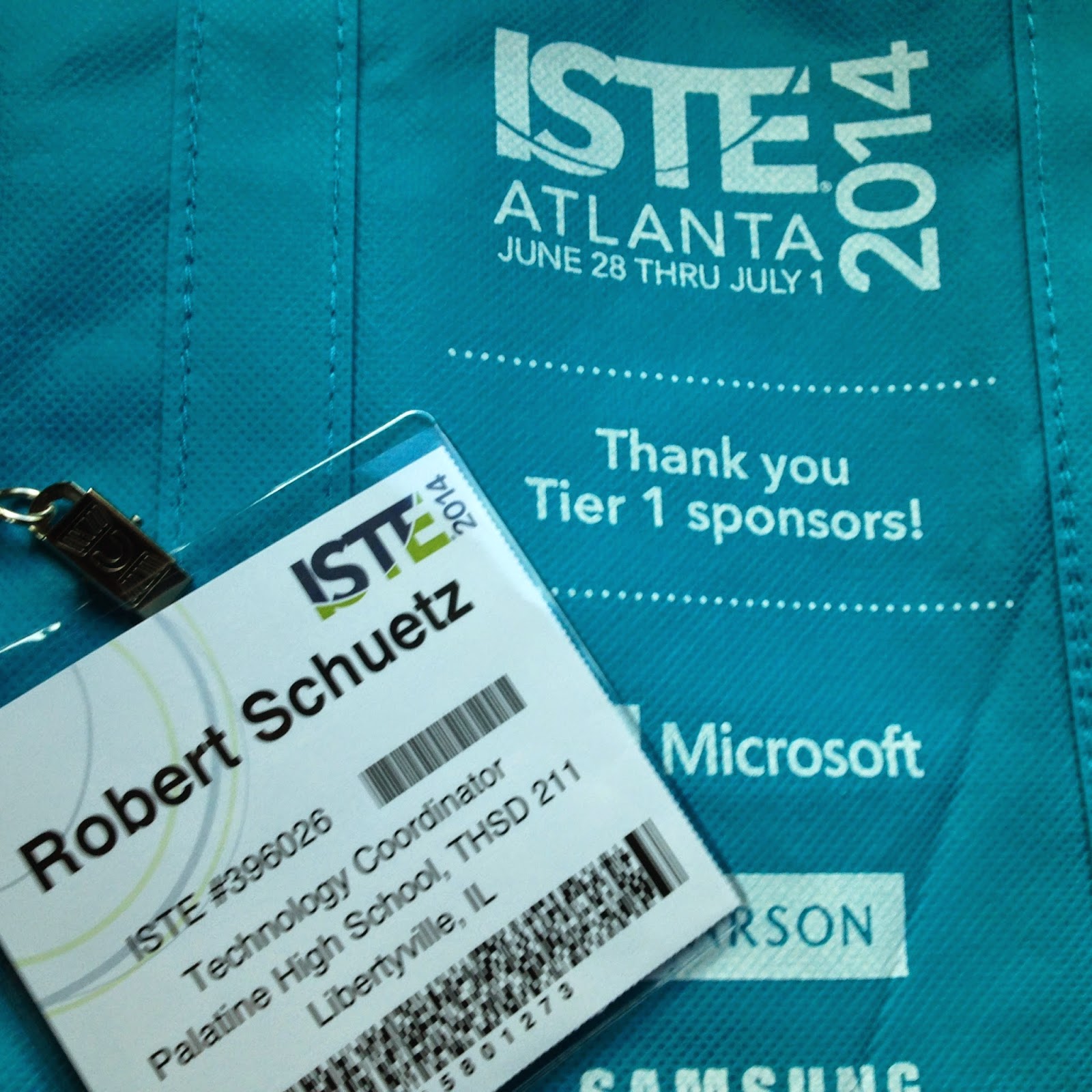 In addition to learning with members of my PLN, I also attended several interesting workshops, poster sessions, and round-table discussions. Leigh Zeitz helped me understand the difference between standards indexing and standards referencing when building professional digital portfolios. I found ISTE-2014 to be an enjoyable and enriching experience. I learned some new things, made some new friends, and laughed with old friends. It also felt good to contribute to the learning of others face-to-face, and through social media. Community, connectedness, and personal learning; those are my takeaways from this enjoyable trip. This was my 2nd ISTE conference. I hope to see everyone in Philadelphia next year!


Whether you attended physically or virtually, what are your takeaways from ISTE-2014?

At #ISTE-2014; Posters, Playgrounds, and Personalization Were the Win - Daniel Rezac

The World According to Rodd - Jimmy Casas